Made in the Ironbridge Gorge and

Made in Great Britain

We are proud to make our bicycle frames here in Great Britain and can rightfully make the claim.

This is not borne out of some misplaced patriotism, but a belief and a passion to make things ourselves using as many skills, materials and products that can be sourced locally from like minded people and companies. And while we think globally we act and work locally to bring you an authentic product that you can relate to knowing its true origins.

To make the claim: Made in Great Britain- there is a stringent audit of a companies manufacturing process in order to use the logo on it's products and communications. This excludes companies that buy in their frames from the far east and assemble here, and then claim that they are made in the UK. So always check a product's provenance to ensure you getting a truly Made in Great Britain product.

Living and working in the World Heritage site of the Ironbridge Gorge we as so aware of the manufacturing and industrial heritage that is all around us – we are based in what was the Coalport China factory where high quality ceramics were made up until 1923 before relocating to Stoke-on-Trent. The Ironbridge Gorge was the birthplace of the Industrial Revolution in Great Britain that lead to the mass production of products. And while it did give greater opportunities and income to many workers, it did de-skill many trades. It is somewhat ironic that we have set up small scale artisan manufacturing in the birthplace of mass industrial production.

The Gorge by geological good fortune had exactly the right mix of raw materials to support Abraham Darby's new method to produce cast iron using coke rather than charcoal. Therefor allowing greater quantities of iron to be made allowing for cheaper products to be cast in great numbers, and therefor making them more affordable. Being able to make cast iron in constant high quality volumes allowed for large projects such as steam engines to be made to drive other industries. And in 1779 the first successful Iron Bridge to be made over the River Severn, linking the prosperous industrial parishes of Broseley and Madeley thus avoiding a 4 mile trip to the closest bridge in Buildwas. The design of the bridge to span a very difficult section of river was only made possible by the use of cast iron. The town that grew up on the northern bank of the Severn adjacent to the bridge, unsurprising become named as ironbridge, possibly the first 'new town' of the modern era. With greater ease of communication by road and then onto the canal network and to the River Severn with it's access to the port of Bristol, the area soon become an industrial mecca.

Other business producing metal products as well as ceramics and building materials opened up with companies such as Maws Tiles becoming the largest produce of encaustic and decorative tiles in the world. Craven & Dunnill still make tiles here that are used the Houses of Parliament and other commercial and domestics properties today. At the height of it's industrial production there were around 15,000 people living and/or working in the 3 miles that make up the Ironbridge Gorge (from Coalport in the east to Coalbrookedale in the west) compared to the 1400 or so living and working here today.

The Great Exhibition of 1851was the first international exhibition of manufactured products and was enormously influential on the development of many aspects of society including art and design education, international trade and relations, and even tourism. Following a series of increasingly popular public exhibitions, which attempted to educate the public's taste by showing the best of British manufactured goods, Henry Cole visited a similar exhibition in Paris. He decided to persuade Prince Albert to make the next British exhibition in 1851 an international one, in order to showcase British design to the world. Many of the companies in the Gorge successfully showed their products, boosting sales both at home and around the world. This brought years of prosperity to the Ironbridge Gorge. And of course Joseph Paxton's Crystal Palace that housed the exhibition was made from cast iron and although large production of cast iron made moved to nearby Birmingham, it wouldn't have been possible without the technology first developed in the Ironbridge Gorge.

Manufacturing of varying products and amounts continued into the middle of the 20th century tailing off into the 1970's when the New Town of Telford was built that has become a major hub for industry and business in the 21st century. In the 1940's Wings for Lancaster bombers were made in Coalbrookdale and AGA stoves continue production here today. Today, we continue this legacy of manufacturing for over 250 years within the Ironbridge Gorge. 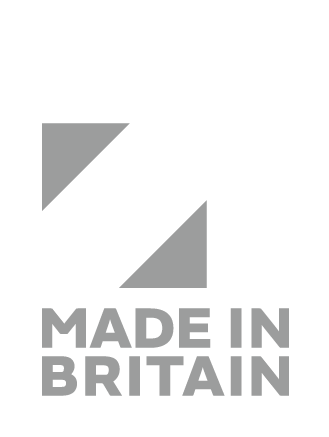